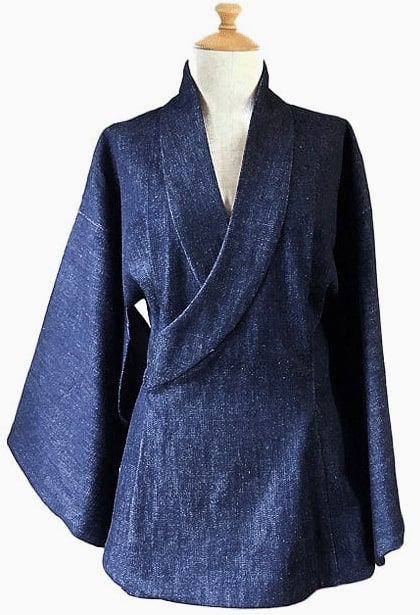 Jimbe/Jinbei* The Original is “Jinbaori” / “soldier’s battle surcoat” as Japan’s original military uniformfrom the Shoku-Ho Era, it was worn by Sengoku warlords for protection against the cold in the battlefield. The coat was worn on top of the armor.The samurai’s battle surcoat was made with leather or thick cloth, But the soldier’s battle surcoat is made from cotton so that they can move quickly. You can see it is very comfortable to wear.（陣・Jim,Jin – Camp 兵・hei,bei -Solder 羽織・Haori-short coat). A high-ranking samurai would have worn a leather jinbaori. Nowadays It’s worn by men, women, boys, girls, and even babies during the summer especially Omatsuri/Festival. Women’s jinbei have started to become popular in recent years.