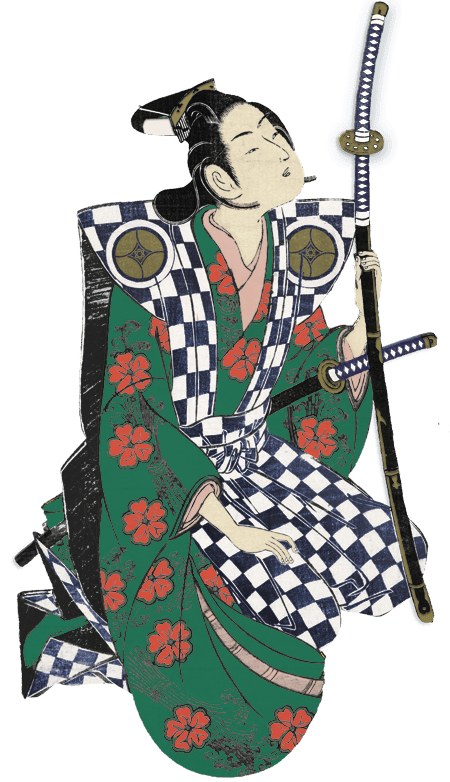 The Checkered Indigo Blue design scheme for the 2020 Tokyo Olympic is based upon the traditional Japanese pattern called Ichimatsu Moyou.

Ichimatsu moyou (市松模様) is named for the kabuki actor Sanogawa Ichimatsu (佐野川 市松) He was born to a family of samurai in Fushimi in Yamashiro province and was adopted by Jinzô, an usher working at the Minamigawa no Shibai (Minami-za) in Kyôto. Later on, he trained in the Kamigata theaters under Sanogawa Mangiku. Active as an actor from 1733 until his death in 1762 at the age of forty, Ichimatsu was renown for playing young men on stage. He was also well known for his personal beauty, which garnered him many admirers. During performances in Edo in 1741, Ichimatsu used a distinct ichidatami (checkerboard) pattern on this clothing, which led to a minor fashion furor. The pattern came to be known as ichimatsu moyou after the actor. 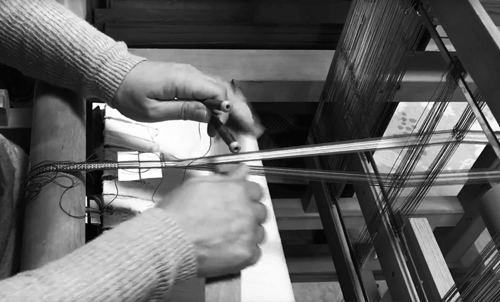 …to remember the true battle is within….

The Samurai Cord Bracelet is made from traditional woven cord known as Sanadahimo, from the 16th century. Crafted in the spirit of the original designer, Sanada Yukimura, who is immortalized in Japan as the Number One Samurai. It was first used as a wrapping for the hilt of the samurai sword. As you can see it is a very strong cord. The hand sewn Rokumonsen “The six coins” is his primary family crest that was used in every battle. Our creation is to be worn as an amulet for those who live their lives to the fullest, in the hope that people will tie meaningful bonds when shared with others. This strong bond represents the strength of the Sanada Himo. ….